When I got back from my time in the Pocono's I was over joyed to see my mail!!!! Yes, my Biden Harris tee's and other goodies arrived. 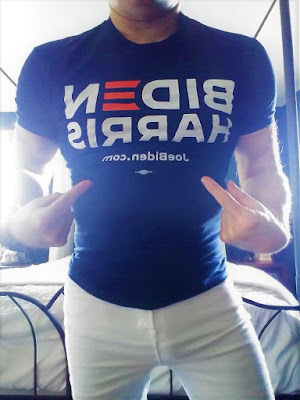 The fact that Trump has narrowed the lead by a big percent since June should have everybody screaming bloody murder in fear of a re-election. I know I'm still very nervous about this election, with only 36 days to go. Those undecided voters aren’t trying to choose between Trump and Biden. I think they’re debating between supporting Biden or staying home on Nov. 3. That has me worried and we all must still continue working on friends and others who are still undecided or don't plan to vote. I also think Biden needs to hit Michigan and other swing states harder and should try and be more visible in Michigan...his recent visit, wasn’t very well hyped, nor did it focus on African-American voters, who will be crucial to Biden in November. Now I don't follow polls, they mean very little after that disaster in 2016, but I did see while away a NPR/PBS NewsHour poll published,   showed Biden leading Trump by 10 points nationally head-to-head, but indicates the former vice president’s numbers dip slightly when third party candidates are figured into the mix. DO NOT VOTE THIRD PARTY for goodness sake. This election is too important to waste on such a small number those candidates would receive. It also showed voters prefer Biden to Trump when it comes to crime, race and the pandemic. Even if your not sold on Biden, he needs the vote to get this country back on track and end this dictatorship. 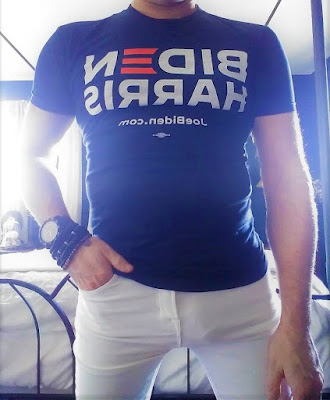 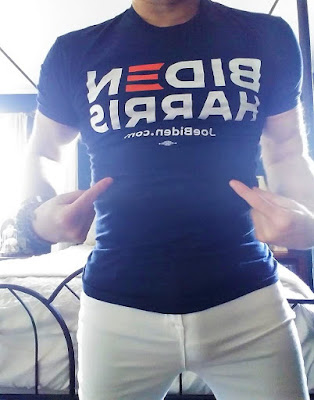 Another thing that is worrying me is the marketing of Biden as a ‘compassion candidate’, a man who has experienced grief and loss, might not sell. In election contests, difficult times demand strength, even if that works best when it also expresses the strong leadership which Trump has failed to provide. The debates tonight  are the other test of strength, and  Biden’s best chance to dominate  Trump, if not land a knockout blow I hope. I'm not sure he will carry himself as well and collect as Hillary. In our screen era, all politics are basic. Populist politics, appealing to emotions ,not policies, is even more so and gains from distracting gestures in the great asses case on Twitter.  Biden needs to outpoint  Trump like a fencer, but he also must go hard. Showing  Trump as weak will work far better than portraying him as foolish, selfish, even incompetent. If Biden doesn’t win the debate wrestle, the demagogue might power on. The maverick populist already has a ‘license’ to tell any story he likes – that is to lie frequently while branding his critics as the disseminators of ‘fake news’. His performance so far has sucked, he demonstrates the power of a demagogic populist movement centered around a dictator, rather than a party or a policy. 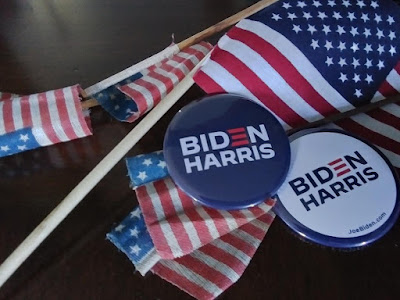 So if you haven't made up your mind yet, please take a long, hard look around you and remember what life and the climate was like before 2016. Trump at this point, has a long laundry list of crimes and laws he's broken and things he has gotten away with, not to mention show total disregaurd to life, the planet and what this country was even created for...take your pick... and if you don't see a difference you might be blind. Just vote and vote blue. I just think we all need to make sure to vote or trump is getting back in again, and then lord helps us. I want to be wrong! I know people have problems with Biden, I have problems... it’s ok. We can deal with the problems later. But lets just get trump OUT! We the people have to do it, because NO ONE in DC has our backs nor do they care. If we don't we are  sure to see this sight before long in this country. 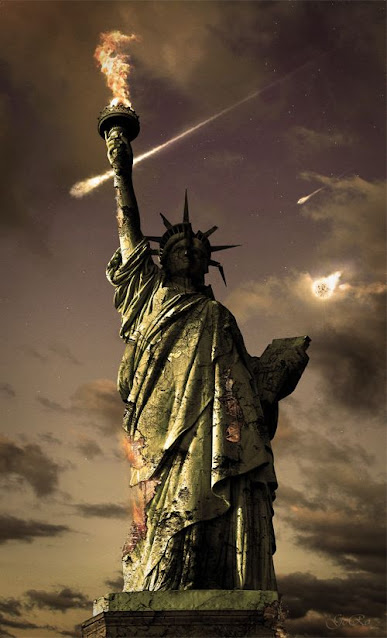 I will wear my tee, and buttons with pride around the community at large and on the day to help with taking people to vote who don't have transport. And make sure to get those mail in ballots filled out and taken to your elections office. At this point, if Biden wins Ill even repost these pictures with no clothes on if that will make your mind up!!!!!!!!

Posted by Mistress Maddie at 11:25 AM