With summer here, I watch next to no tv, But come Sunday evening I have to catch Vicious!!!! 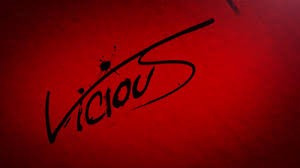 I love myself some British comedy, and anything with this much smart insults in just delicious. Insult humor has never been more elegant than it is in this new half-hour show about longtime gay partners Freddie and Stuart, who communicate mostly through extreme snide remarks aimed at each other's age, looks and flaws. Ian McKellen is at his bombastic best as aging actor Freddie, the more aggressive of the two. The charming Derek Jacobi complements him perfectly as his put-upon companion. “I never know when I'm going too far,” Freddie says with a smirk after delivering an especially harsh zinger, “but I'm always glad when I do.” 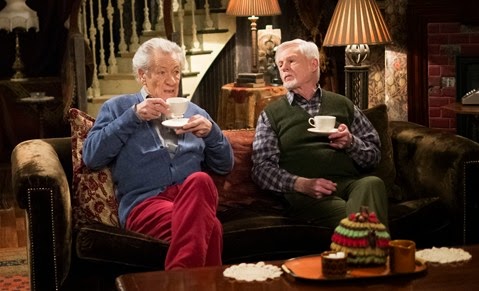 Freddie was a budding actor and Stuart worked in a bar when they first met, but their careers are pretty much over and their lives now consist of entertaining their frequent guests, making sure that their aged dog Balthazar is still breathing, and hurling caustic insults at each other. 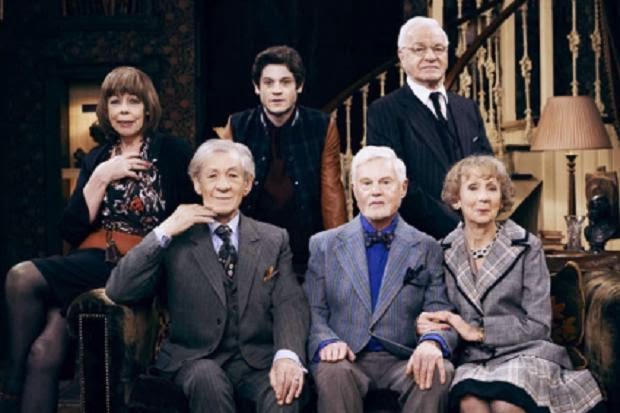 Rounding out the cast is the adorable Ash, their hot new neighbor, they were hoping would be gay, but is straight. 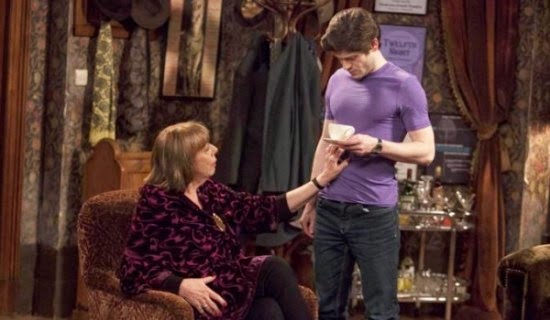 
Has anyone seem this show yet?
Posted by Mistress Maddie at 9:00 PM