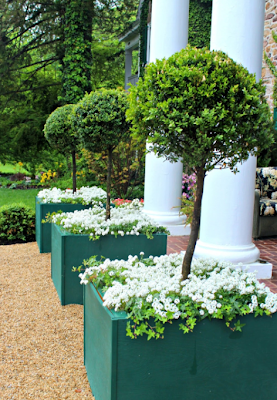 If there's one thing I enjoy it's a good Designer Showhouse. I'm sure you have all seen them in your area too. Well.... before going on vacation I went to attend  this years, as I was given two tickets by one of the designers. This was the first time in years, I hadn't free-lanced a room, or assisted my friend.....full time job swallows time here! But it was quite spectacular and I had been pass the house many a time, and wondered about it. While not run down, the house had seen better days, and now thanks to all the designers, architects, landscape artist, and contractors, the house now has new life because of the donations of time and supplies, and proceeds benefitted the Doylestown Hospital and the many services they support. Unfortunately, there was no photography allowed inside the house. 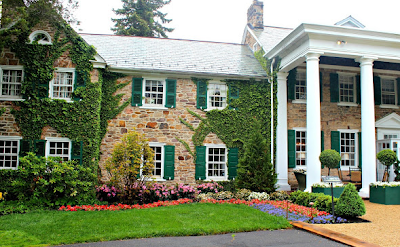 Remind you of anyplace? It reminded me of Tara....I wanted badly to return home, tear down the drapes, and make a huge gown to tour the house saying oh fiddle dee dee!

This year the Buck's County Designer's House was the  historic Clement Doyle House located in Doylestown, Pennsylvania. According to the history records, in 1692 Edward Doyle and his wife Rebecca  moved from Ireland to Bucks County Pa. after receiving a land grant from William Penn himself. If you drive around a bit there are at least three other estates that I too have seen land grants from Penn also 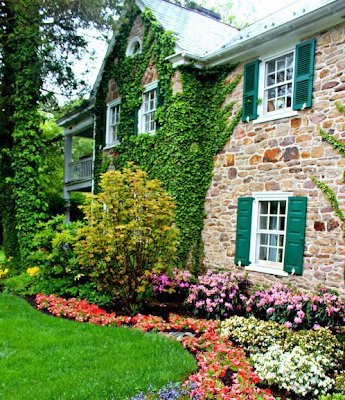 Edward and Rebecca had two sons Clement and Edward Jr. who also settled in the area. William Doyle, son of Edward Jr., owned a tavern in the center of town known as Doyle's Tavern. The area became known as Doyle's Town and in 1776 the spelling was changed to it's now known name of Doylestown. It was Clement Doyle who purchased 148 acres in the Pine Run Valley. The land was subsequently sold and bought with several subdivisions of the property happening over a period of years. The history of this home actually begins in 1811 when the owner of the property at that time, John Salome, began building this beautiful stone house. In 1814 a large barn was added to the property. 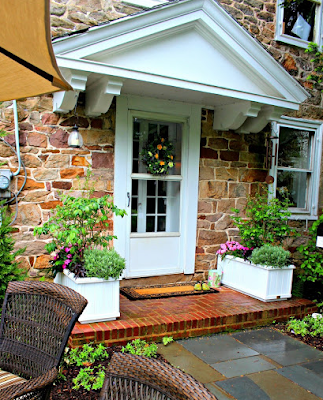 The home these days, boasts 5,000 square feet of living space with beautiful extensive gardens sitting on 9 acres of stunning real estate. How fun if we all got together for some refreshin mint julips???? 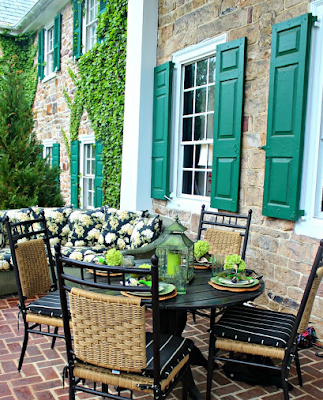 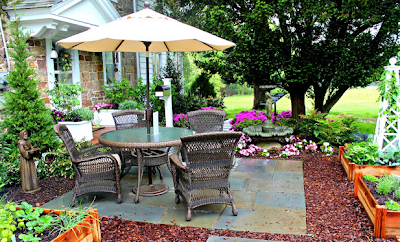 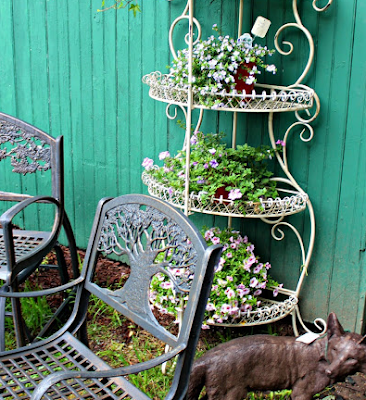 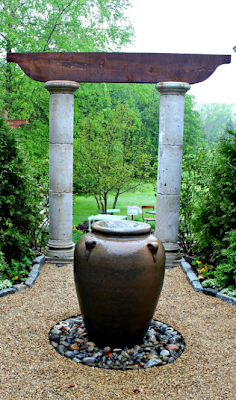 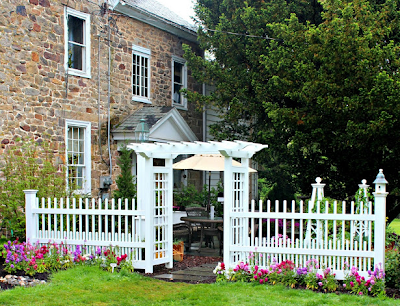 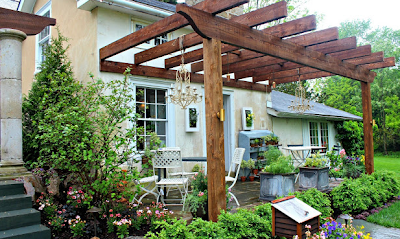 I thought the house was very well done. Although the urn water fountain I felt was a little too contemporary for the gardens since they felt more traditional to me. But the house itself looked great! Now excuse me, I must fix a libation after the grounds tour.
I was going to work on another post for tomorrow, but I can't think about that right now, after all, tomorrow is another day.
Posted by Mistress Maddie at 7:20 PM