Filling in the Gin-Soaked Blanks...or Being Verklempt

Recognizing that there were parts she did not remember, The Mistress asked that I fill in the gaps. So without further ado, and so we can close this chapter:

1) The Plane. This was the first time that we have been on a plane together, and so we would like to thank the bar staff at both airports for their heavy-handed, pre-flight assistance. Yours truly held up remarkably well until flying over the Rockies…and then again, in over the bay. The pilot spoke in a friendly manner, the flight attendants seemed suitably smartassed, and perhaps our greatest fear never materialized. 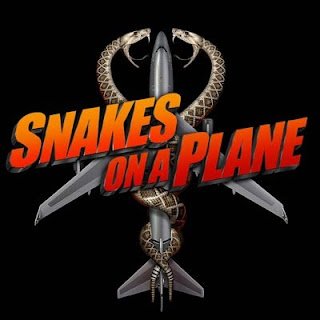 2) The “Queer Social”. We did take in quite a bit of the conference (in the form of “people watching”), but perhaps no more so than at the “Queer Social”. The Mistress struck up an immediate conversation with a fellow meeting-goer, who ran into us after our wine country tour, and proceeded to tell us about the gathering taking place in a nearby hotel bar for conference attendees. Now, we attended – after all, parts of the conference were rather stuffy… and we were repping for arguably the number one party school in the country... 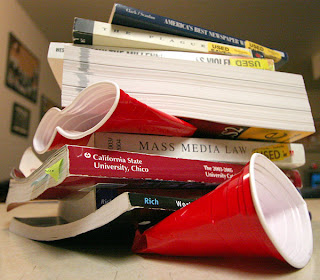 …and again, it took place at a bar…but from where we’re from, queer is a pejorative term. So it was just a fun example of “taking the word back”, as the activist from Costa Rica told us. (I did wonder how one became a queer activist in Costa Rica, but thought it impolite to ask. Perhaps a Monster.com ad?) In any event, very cool event, glad they were there and that they do what they do…a whole other side of life from where we live, but glad it’s all part of the gay cornucopia.

3) The Gyms and Supplement Stores. I lost count after five, within the first two blocks of The Castro. It seemed as though every single guy there had muscles. I have never felt smaller in my life. Pecs and biceps must be given out right off the plane (I may have missed them, looking for The Mistress’s gin). Castro boys? Woof. I am a big fan. 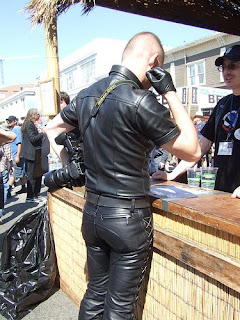 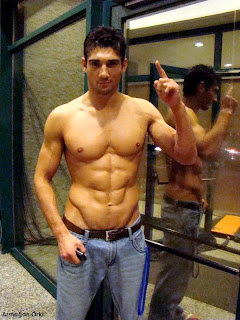 4) Yerba Buena and Buena Vista Parks. The former, lovely fountains, a great restaurant. The latter, fantastic views of the Golden Gate and Haight-Ashbury, great hiking trails, lots of people with dogs, and the self-centered high of oh-my-god-is that guy cruising us? In short, both have their strong points. The second had the additional bonus of Kailyn saying “You’re WHERE?!?” when called. 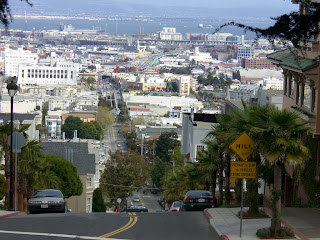 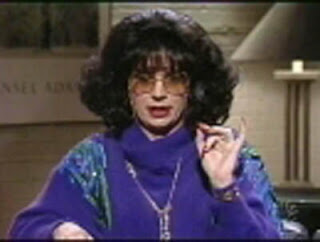 I’d rather this not get too sappy or melodramatic. But there were a series of moments where this country boy thought he was going to lose it, just because of the sheer size and beauty of all that we were trying to comprehend. It hit me once in wine country, because as we sat there, I couldn’t believe there was (so gonna ape a movie here) “so much beauty in the world” and I was awed by the fact that we were actually there, able to enjoy it, seeing something that you really only hear or read about. There truly is a huge world out there. 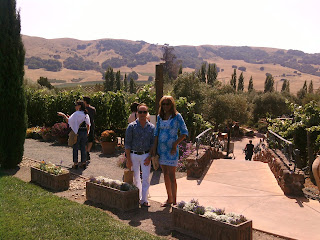 Of course, this happened again at Berkeley. The Mistress, looking for a way to say that she was proud of her boy/man, surprised me with a couple little mementos of Oski, the University of California’s mascot. I love college football, and just being in Pac-10 country was amazing enough (seriously, The Rose Bowl is a home game for all those schools, no wonder the Big 10 keeps getting our ass kicked)…but just the thought that my guy went out of his comfort zone to display his pride….well, that was cool. 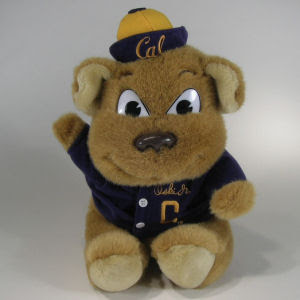 And finally – perhaps most importantly – the history did me in. Have you read “And the Band Played On?” This gay boy did when he was seventeen, and his parents flipped out when they saw it on the dining room table. AIDS, politics, bathhouses, Harvey Milk, the White Night Riots, friends, the search for love and/or sex, City Hall, Proposition 8, Folsom Street, marriage, and so on…it’s all there, and it’s amazing to try and comprehend that as a community, we are this large and diverse – and have come so far in such a short time. Perhaps that – along with all the gin-soaked memories – is the best thing that San Francisco shared with us. 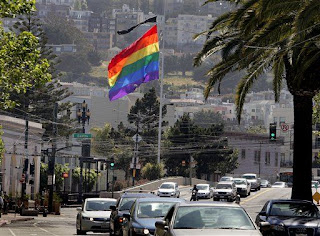