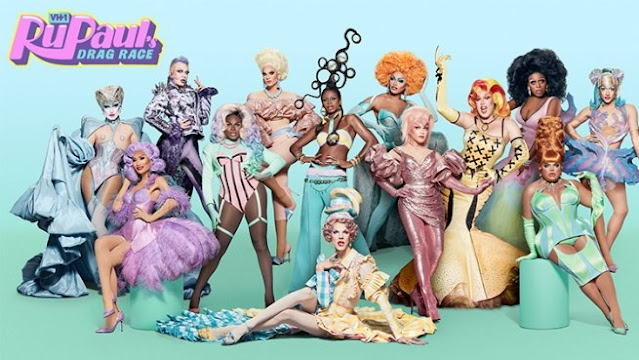 Welcome back, hunny's!
The last two episodes have come and gone, and our drag queens who were forced to lip sync, and then held captive in a loading dock, and were told they would be voting each other out of the competition, were finally able to show what were made of, while the week before, "the winners Circle" also had a showing. But I'll be honest, the first three episodes, I feel, of this season have not shown us dazzling production numbers or avant-garde fashion shows. The show so far, feels sluggish. I mean, the UK version already had their first elimination, mind you shocking elimination, but that's a whole other powder dish girls.  I still think the "winners circle" has the stronger talent and point of views, with exception to Rose and Uthica. Both episodes  also found the queens in redo's of RuPaul songs, where the queens had to make up lyrics about them selves, while also doing their own group choreography to the given songs. The rest of the episodes represented a far more normal season premiere/RuPaul infomercial. But first, both groups of queens were in Drag Race fashion shows, featuring two categories: Ladylike daytime eleganza, and “vampy, nighttime whore.” I love a Drag Race fashion show, but this one doesn’t quite meet the high bar set by previous seasons. While there are no iconic Violet Chachki two-in-ones, there are definitely a few standouts. My personal favorite was  Gottmik’s Elvira-does-burlesque form-fitting nighttime gown, and her happy go lightly day look. Gottmik is still in my top three. I will almost be glad when the groups merge, because right now I feel like I'm watching the same show twice. 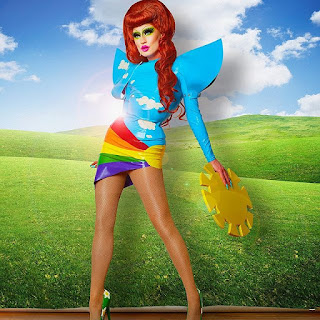 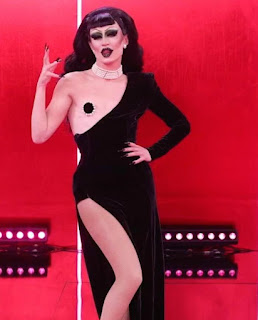 And when that bitch it the corner of the stage in her lame runway look...you could have picked up my jaw off the fucking floor. All these girls are great, but it is evident that she and Uthica, with their point of views and talent are way above the rest. 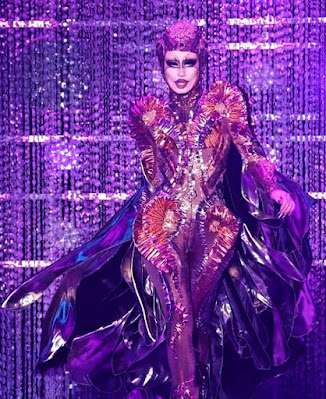 I have so far loved everything Uthica has brought. If she brings half of what I have seen her do off the show...oh hunny. She does remind me of Crystal Methyd and Tammie Brown,  but has a more finished elegance to her. And I adored her balls daytime look. Of course I would like anything to do with balls. 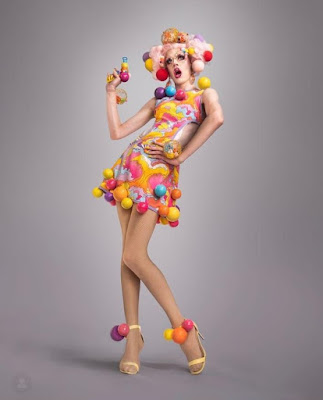 Some of my dragservations...
Gottmik is maybe not as comfortable on stage as, say, a Kandy, Tina or a Symone, but Gottmik is perfectly delightful. The judges praise her looks and the versatility she’s been able to show this early in the competition. Every episode I look more forward to seeing her over everybody else.
Kandy Muse. No shocker here: Kandy performs the shit out of her almost completely unintelligible verse in the RuPaul song. Pour a cock a tail out for the VH1 closed captioner. Much like her personality, Kandy’s runways on these episodes are psychically overwhelming, but extremely entertaining.
LaLa Ri falls towards the bottom of her episode for me. She definitely has the most pedestrian daytime look, and her verse isn’t particularly memorable. And if I see one more pant suit or body suit, I 'll scream. She’s significantly buoyed by her winning personality, and she gives good head, you know face...but I still don't see her sticking around.
Tina Burner rounds out the top of the field on these episodes. Her looks are polished across the board.... everybody say thank- you and bow to talented Florence D’Lee. And she saves the best for last: a tinman-inspired lamé garment complete with the reveal of a sparkling, ruby heart. It’s quite excellent. But I adored her day time eleganza look. 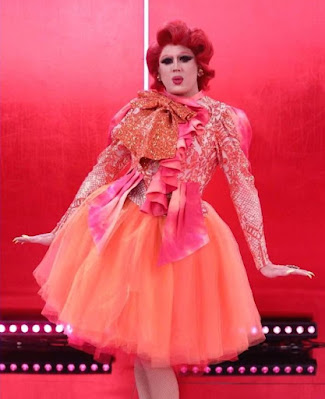 I’m not a huge fan of Elliott, but I’m kind of obsessed with the self-destructive lack of impulse control it takes to walk into a room of competitors (of whom you have been dubbed “the worst”) and immediately antagonize, Kandy and Tina, the most two most confrontational bitches in the room. Can you say confidence goals? One thing I will say, is that Elliott looks technically great her entire episode. I especially like both her daytime and nighttime looks. I was there for her nighttime look complete with whip. That would soooo be me. 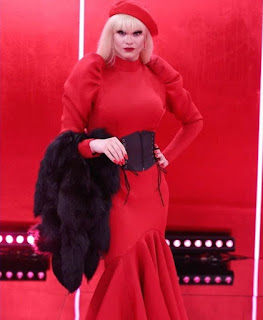 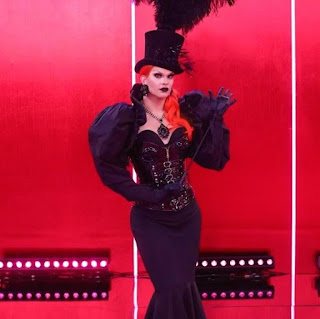 Each look is a finished concept, and seems to understand the assignment. It all just feels a little hollow with her personality.
Tamisha Iman didn’t place in the pageant this week, but there’s no doubt she made her mark. Almost every werkroom conversation revolves around her, and it’s probably because she’s fucking fascinating. But I still don't see this pageant queen going to far from the werkroom.
I think this will be the extent of Kahmora.

Enjoy while you can. Although,  she lasted longer than Sam Cushing's Instagram story apologizing for his Puerta Vallarta trip during covid.
Rosé is very obvious to everyone that Rosé intends to obliterate the competition this season, and lord help any queen that stands in her way. Rosé has a level of unimpeachable self-confidence that would probably be considered a personality disorder in other professions, but if you’re a Manhattan-based drag queen,  it’s basically a prerequisite to performing at Hardware. While I like her looks so far, and I think she will do well, I'm not feeling the personality just yet....but what a showdown lip synch with Denali. 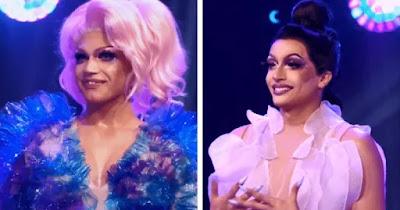 RuPaul names Denali and Rosé the top two of the week, and they are made to duke it out to Britney Spears’s “If U Seek Amy.” It is quite a spectacle. Both queens approach the song with the confidence and expertise of a seasoned performer but ultimately, Denali has the edge. The precision of her stunts come right on time and feel perfectly on brand for the Britney bop. Ru awards her the win, and you just can’t deny it feels correct. But my jury is still out of Denali. She still hasn't sold me what's she selling. Yes, dear....

And Joey Jay? I know its early, and call me old fashioned, but the all the looks have been the same silhouette, no wigs, pretty much the same face and showing of skin. I like my queens with hair, and lots of it hunny. The first couple of episodes, I would think you'd want to show your versatility, like a few of the others have done. What's it say when I look more forward to and have more  respect for the himbo energy Joey is bringing to the confessional booth, and werkroom? After being on a live Instagram this weekend with Gottmik, Tina and Ellie Diamond...I said I like boy Joey more and his nudes. I still think she will be one of the top three gone. But Joey... feel free to send those dick pics.
Besides Gottmik on these episodes, the queen of drag queens herself had me drooling and having a orgasm over her glorious and stunning hair. 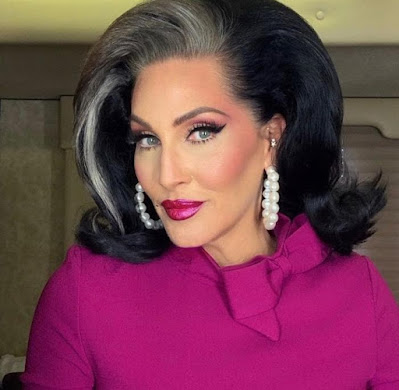 Yes Michelle. Who did you think I meant? Werk that flip gurl!  I need that hair!!!!!!!!!!!
Next week, “losers” and “winners” will join together in what’s sure to be a thrilling spectacle/COVID-compliance nightmare. Place your bets, bitches. Tootles till next week.
Posted by Mistress Maddie at 7:45 PM